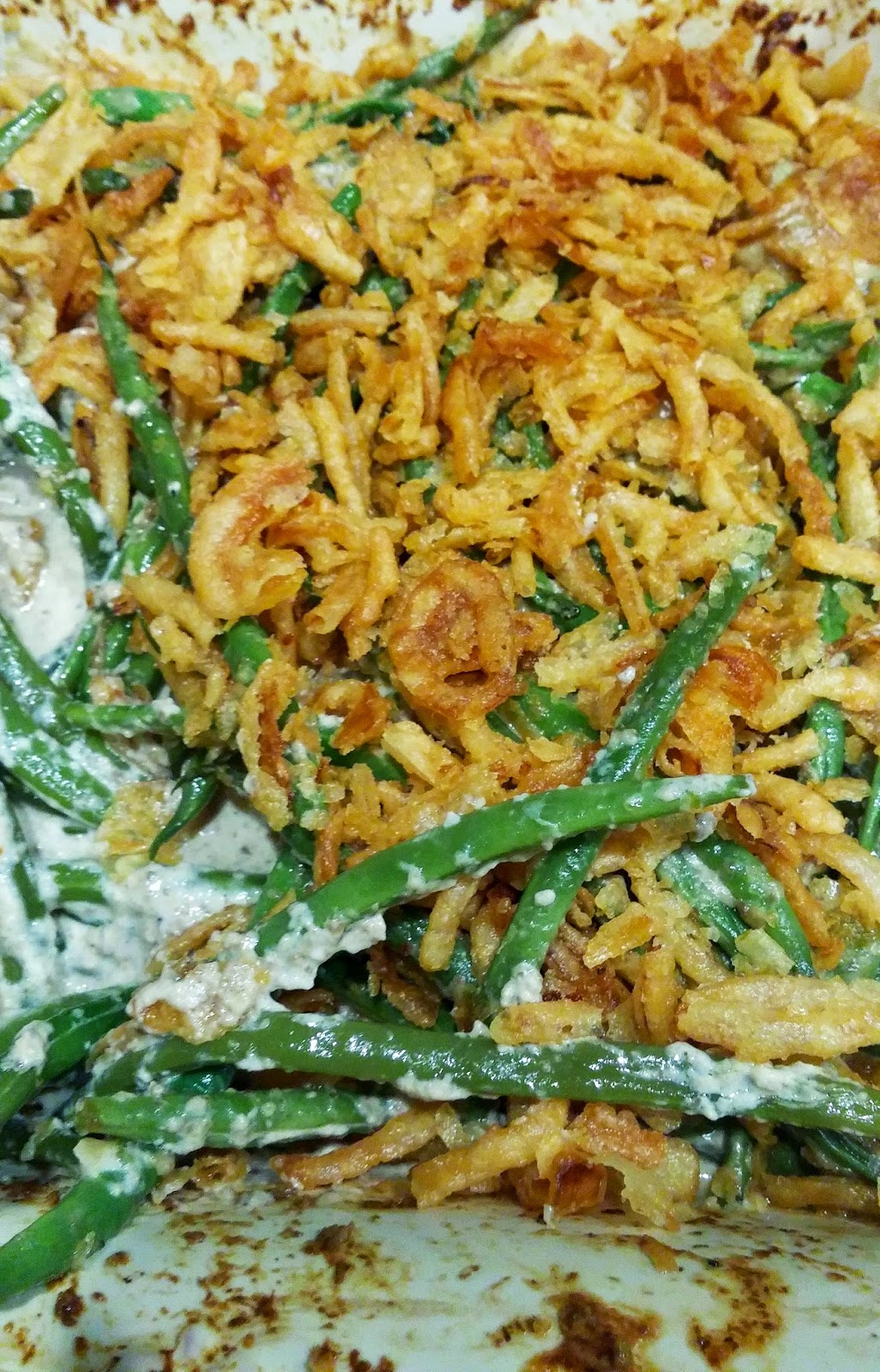 This year I decided to do a traditional Thanksgiving, but with new recipes.  I like the usual round of casseroles, but I think I've been eating the same thing for 30+ years.  Time for a refresh.  I found this recipe in an article about Thomas Keller and the dinner he makes for veterans each year.  I figured that kicking the canned mushroom soup couldn't be a bad thing.  The casserole actually turned out pretty well, but I have to admit something.  I did not fry a load of shallots.  At this time of year, something has to give, and that was it.  French's fried onions all the way!

Cook haricots verts in an 8-quart saucepan of boiling salted water until crisp-tender, 1 to 2 minutes. Drain and transfer to an ice bath until cold. Drain and pat dry using paper towels; transfer to a large bowl and set aside.

Add butter to pan; heat over medium-high. Cook mushrooms until browned, 8 to 10 minutes. Add cream, thyme, and garlic, and reduce heat to medium; cook, stirring occasionally, until cream is reduced by half, 8 to 10 minutes. Let cool slightly and discard thyme; transfer to a blender. Add vinegar, salt, and pepper; purée into a smooth sauce (consistency should be similar to thick pea soup; if necessary, add more cream). Transfer to bowl with haricots verts; toss to combine and spread into a 9x13-inch baking dish.

Heat oven to 400°F. Wipe pan clean and add oil; heat until a deep-fry thermometer reads 300°F. Toss shallots in flour and, working in batches, fry until golden and crisp, 2 to 3 minutes. Using a slotted spoon, transfer shallots to paper towels to drain; season with salt and arrange over casserole. Bake until golden brown and bubbly, about 25 minutes.