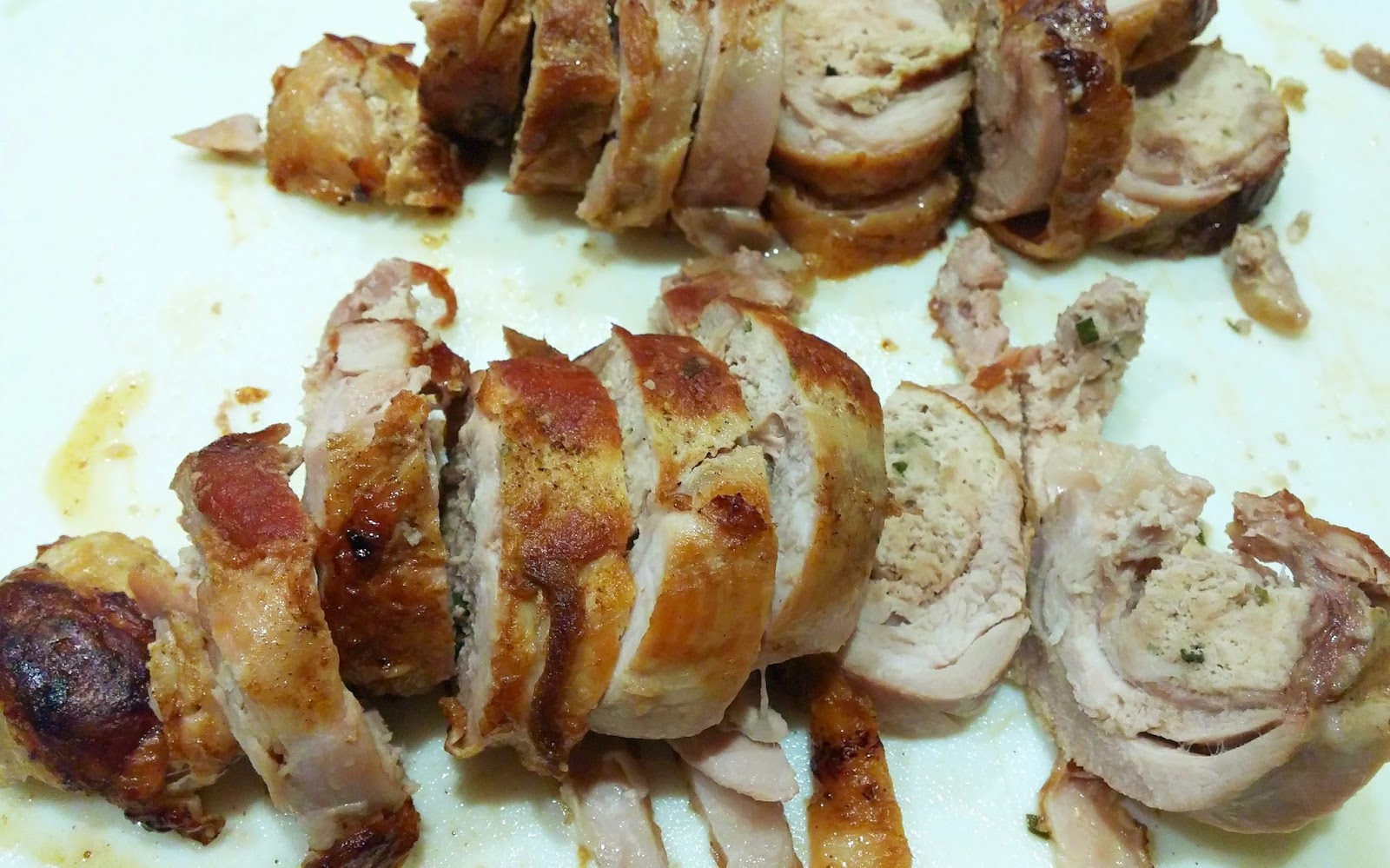 I've made a lot of turkeys over the years.  Some have been delicious, some have left a bit to be desired.  But when you're having a small Thanksgiving, you don't need a 15-pound turkey staring you down.  Luckily, I can buy bits of a turkey, instead of the whole thing.  And stuffed with a creamy mousse that cooks up tender and light, turkey can be had without a big fuss.

Butterfly and lightly pound thigh meat until ½-inch thick; chill until ready to use.

Puree ground turkey in a food processor.  With the motor running, slowly add egg whites, then the cream, crème fraîche, rosemary, thyme, salt, and pepper until mixture is smooth.  Transfer mousse to a bowl and cover with plastic wrap; chill 30 minutes.

Heat a large saucepan of water until a thermometer reads 180°F.  Lay thigh meat flat on a work surface and season with salt and pepper.  Divide mousse among thighs and spread widthwise down the center of each thigh.  Working from one short side, roll each thigh, encasing the mousse, into a tight package; tie with butcher's string.  Wrap roulades separately using a triple layer of plastic wrap until airtight; twist ends and tie with string.  Gently lower roulades into water; poach until filling is firm, 35 to 45 minutes.  Discard plastic wrap; pat roulades dry using paper towels.

Melt butter in an ovenproof 12-inch skillet over medium.  Cook roulades, turning as needed, until browned, 18 to 20 minutes.  Transfer skillet to the oven; cook roulades, basting often with pan juices, until an instant-read thermometer inserted into the thight meat reads 165°F, 20 to 25 minutes.  Let rest 15 minutes before carving.