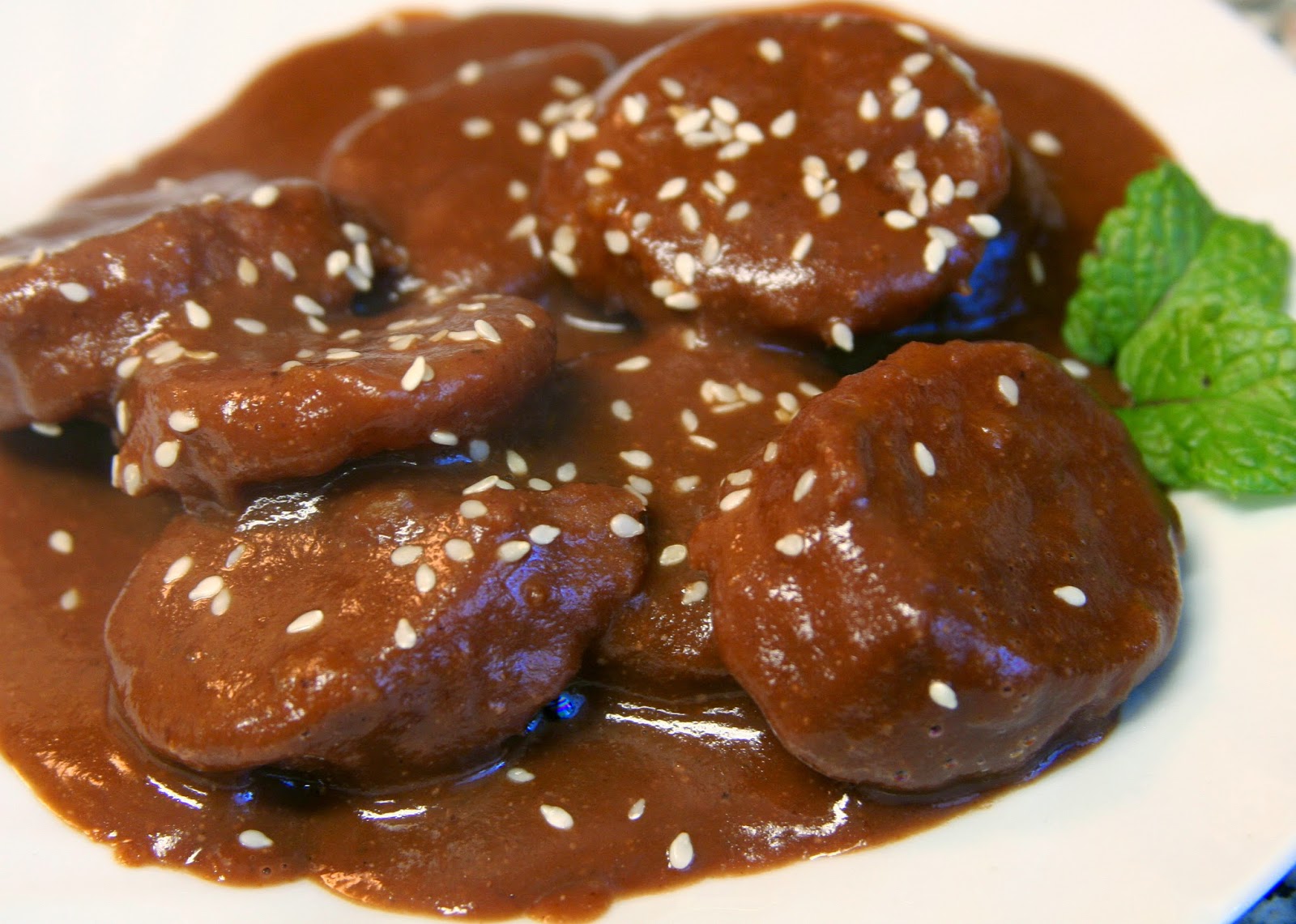 When I went to Guatemala with a friend years ago, the old lady we were staying with in Guatemala City made these amazing things for breakfast.  It seemed a little extravagant to have something so sweet and delicious so early in the morning, especially in a city where black bean puree rules.  I had to know what it was...plantains in a mole sauce.  Of course!  I latch on to chocolate like a drowning child.

Later in my visit, I was able to watch how these were made.  Along with some translation assistance from my friend, I even managed to get everything written down.  And then I never made them.  After everything that nice lady went through to show them to me.  Well, no more shame here, because I made them, and they were just as fabulous as I remembered.

Peel plantains and cut in diagonal slices. Fry in oil until browned. Scoop from the oil using a slotted spoon and set aside.

In a small pan, heat the pepitas, sesame seeds, and cinnamon stick, covered, over medium heat until the seeds brown slightly. Do not let them burn! Pour the spices into a blender with 2 cups of water and the chocolate tablet.

Using the same small pan, heat two plum tomatoes over medium-high heat until the skin is evenly charred. Dump the tomatoes into the blender with the spices. Add the sugar and blend until smooth, approximately one minute. Pour the liquid through a sieve to catch the seeds and press with the back of a spoon to squeeze out all the liquid.

Empty the liquid into a large pot. Heat until boiling. Add the plantain slices one at a time to keep them from sticking together. Add the vanilla extract and salt and bring the mixture back to a simmer over medium heat. Cook for about five minutes. The mixture should reduce by about a fourth.

Blend the cookie with 1 cup of water for about 30 seconds and then strain into the mole. Cook the mixture for another couple of minutes until the mixture is thickened.
Posted by Sara at 6:13 PM