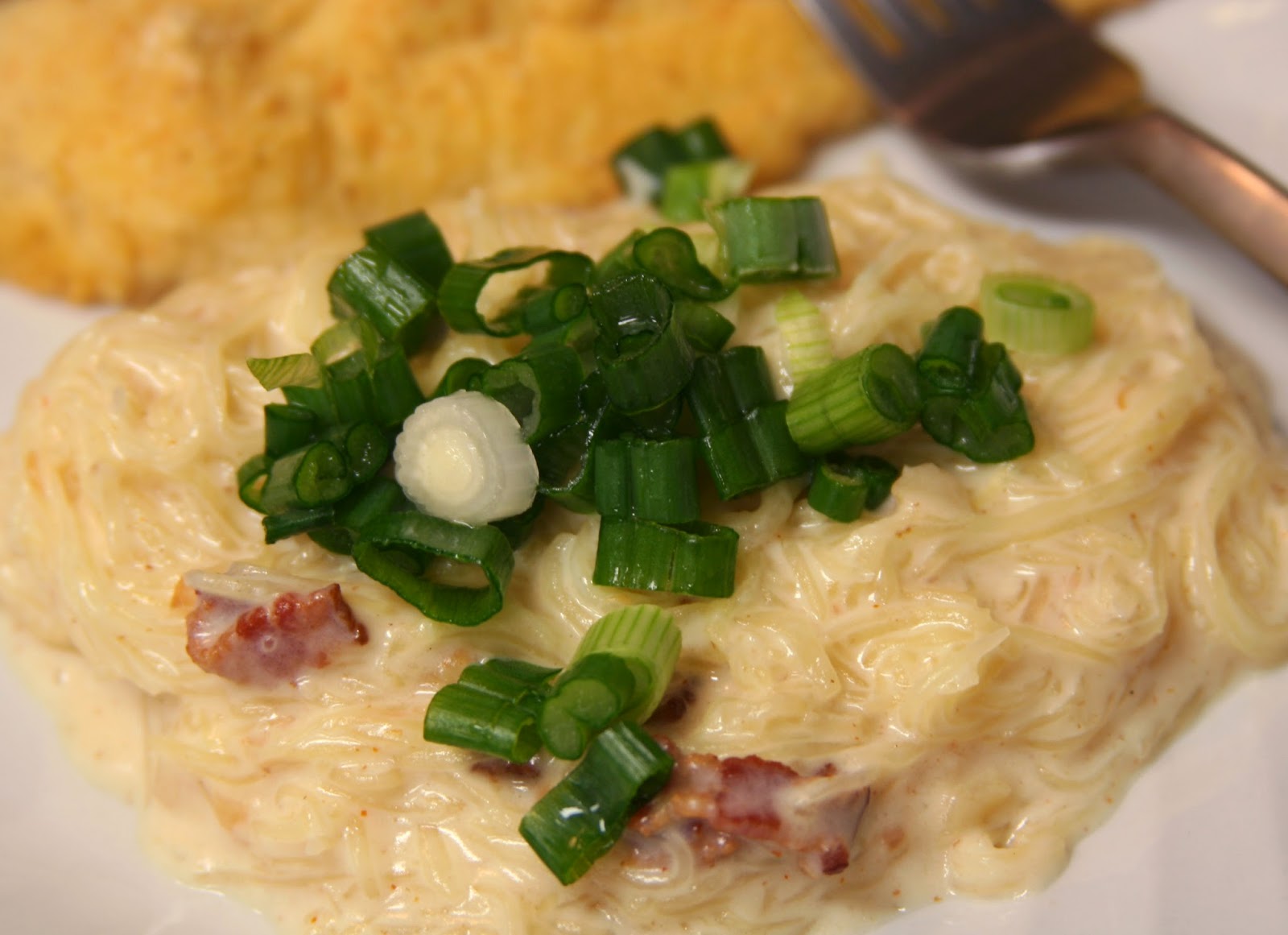 I was in the store the other day, and the lady in the checkout line behind me noticed I had a wedge of smoked Gouda.  She proceeded to tell me about the amazing fabulousness of smoked Gouda mac and cheese, and I practically had to wipe the drool off my chin by the time she was done.  For someone who hated that orange Kraft stuff as a kid, mac and cheese certainly has me in its thrall now.

I figured if I was going to stuff my face with cheese sauce, I could at least try to be a teensy bit healthy about it.  That and the fact that a spaghetti squash I had purchased was giving me the evil eye from the second shelf of my fridge for not using it quickly enough.  This dish is not the same as the real deal, but it's still pretty fantastic.

Cut the spaghetti squash in half, scoop out the seeds and discard them. Put one half of the squash, cut side down, on a ceramic plate, and microwave on HIGH for 6 minutes. Test squash to see if it is soft enough to shred with a fork. If not, continue microwaving until it is done. Repeat with the second half of the squash. Set aside.

Cook bacon in a large skillet over medium-high heat until brown. Using a slotted spoon, remove to a plate lined with paper towels. Set aside.

Add butter to the bacon fat left in the skillet. Lower the heat to medium. When the butter is melted, add the garlic and cook for about 30 seconds. Sprinkle with the flour. Allow the roux to cook for a minute or two, but do not let it burn or brown. Slowly whisk in the milk. Bring the mixture to a simmer and add the salt, white pepper, and cayenne pepper. Lower the heat to medium low and continue to stir until the mixture thickens.

Add the Gouda cheese and stir until the cheese is completely melted. Fold in the cooked and shredded spaghetti squash.