So this is a pretty seafood-heavy menu.  Probably not too shocking since Spain is mostly coastline.  Luckily, it's different flavors, and of course I get to try the famous salt cod!  I can feel my horizons expanding.  My grocery experience wasn't too bad with this menu.  I actually managed to find the salt cod at my local Central Market.  I'm flabbergasted, too!  The only thing I really had to go out of my way for were the darn clams.  They were supposed to be small, and of course they only had large everywhere that I went.  I finally asked the lady behind the fish counter at an Asian grocery if she would pick out the smallest clams from her collection for sale.  Yes, I know, once again I sound crazy.  But hey, she wasn't that busy.  And she kinda took it as a mission that had to be accomplished.  And I appreciate that. 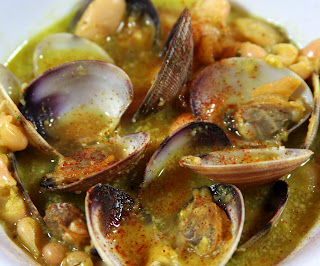 So....clams and beans?  I wasn't too sure about this one.  Seems like a strange combination.  But somehow it all just...worked.  I really don't know how Ferran Adria does it.  But then again, that's probably why he's a world-renowned chef, and I just have a blog.  Just trust me on this one, this is some good stuff.  Tender beans, salty clams.  Goodness all around. 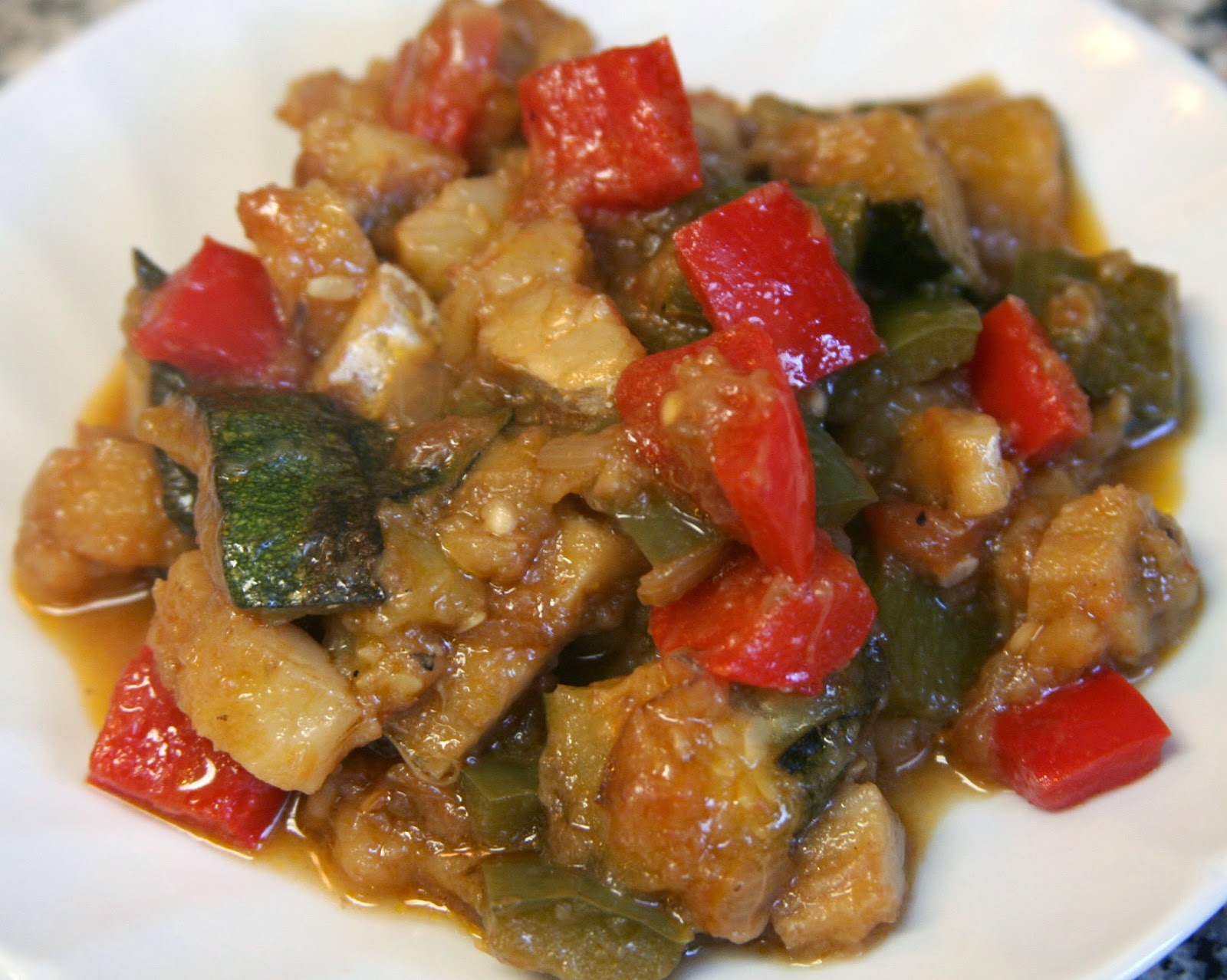 I don't know why I keep doubting the recipes in this book.  This one in particular did not sound very appetizing, but somehow it all comes together into a dish that's actually quite tasty.  Frying the eggplant and zucchini gives it some flavor, and then the rest comes from the onions and garlic.  I was surprised that I had to add salt at the end, but I've never played with salt cod before, so who knows.  And I had to add quite a bit of water during the cooking time, or I would have ended up with a pan of ash at the end of an hour. 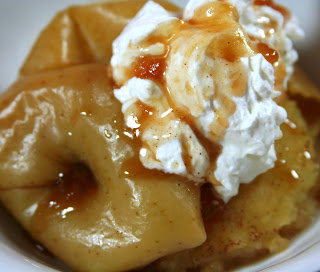 The baked apples for dessert were nothing too shocking.  But most of Ferran Adria's desserts aren't too adventurous.  I may actually have a leg up here!  The apples were absolutely delicious, but watch the baking time, because I pretty much ended up with applesauce.  Delicious applesauce, but still.
Posted by Sara at 12:26 AM