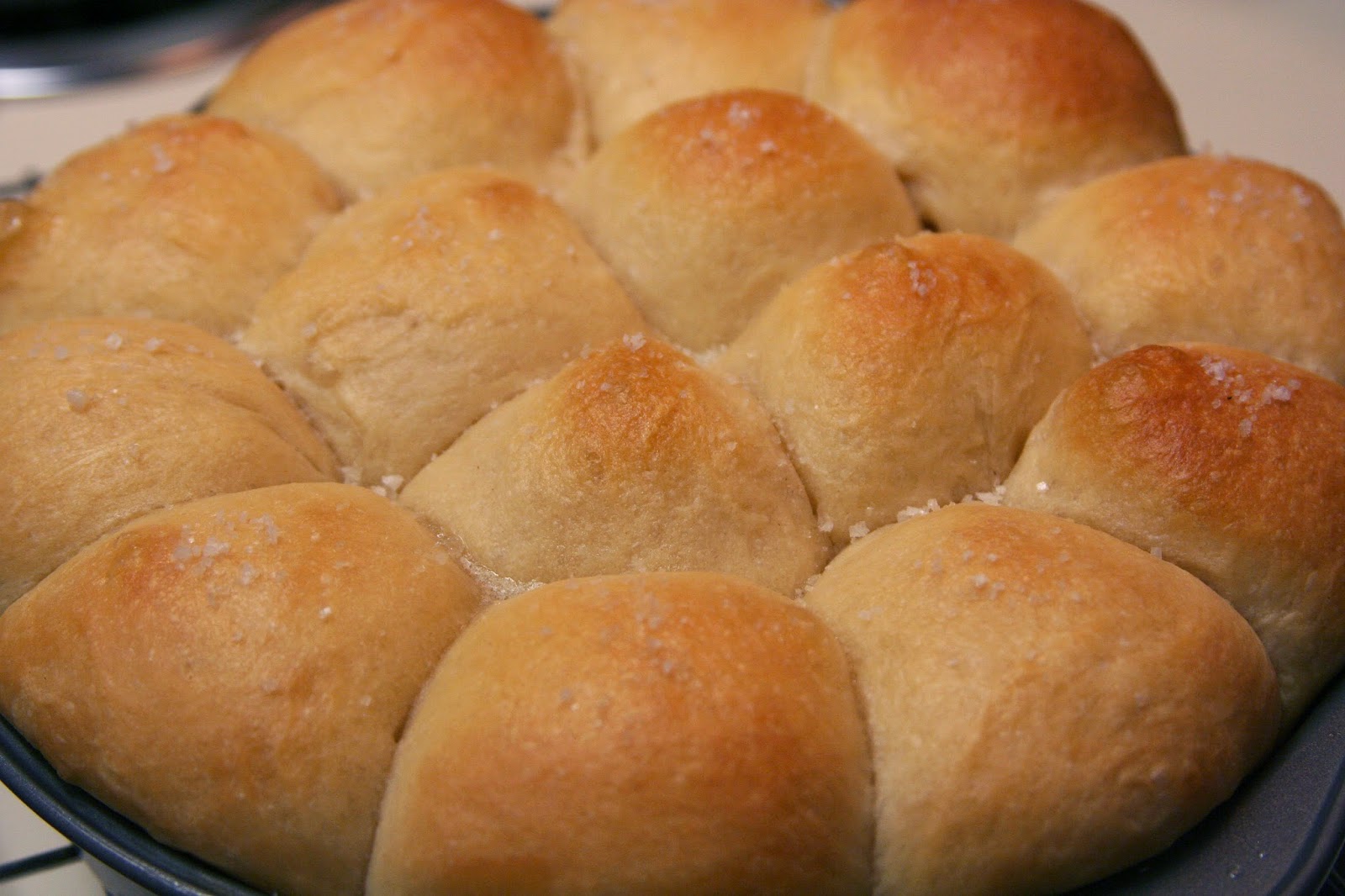 Ah, the notorious rolls.  The rolls that have lit up saveur.com like a Christmas tree.  They work for no one!  Horrible recipe!  The chef is full of it!  Um, actually, no, he's not.  It works.  This picture is proof.  I let my breadmaker do the hard work of making the dough and dealing with the first two rises.  I divided up the dough and let the pan sit on a heating pad for about half an hour on the lowest setting and then turned it off for the rest of the rise.  Voilà.  Perfect fluffy amazing rolls.  Incidentally, if you decide to use a bread maker like I did, put the milk and barley malt syrup in first, then flour, then salt, then make a little indention for the bread machine yeast, then drop the butter around the top in chunks.

Stir together milk, yeast, and malt syrup in a large bowl; let sit until foamy, 10 minutes. In a medium bowl, whisk together flour and salt; add to milk mixture along with butter and stir with a wooden spoon until a dough forms. Transfer to a lightly floured work surface and knead until smooth, 5 to 6 minutes. Transfer dough to a lightly greased bowl and cover with plastic wrap; let sit until nearly doubled in size, about 1 hour. Uncover and punch down dough; cover and let sit until puffed, about 45 minutes.

Heat oven to 325°F. Portion dough into fourteen 1½-inch diameter balls, about 1¼ ounces each, and transfer to a greased 8-inch cast-iron skillet or 8x8-inch baking pan, nestling them side by side; cover loosely with plastic wrap and let sit until doubled in size, about 2 hours. Brush with clarified butter and bake until puffed and pale golden brown, 20 to 22 minutes. Transfer to a rack and brush with more clarified butter; sprinkle each roll with a small pinch of fleur de sel and serve warm.