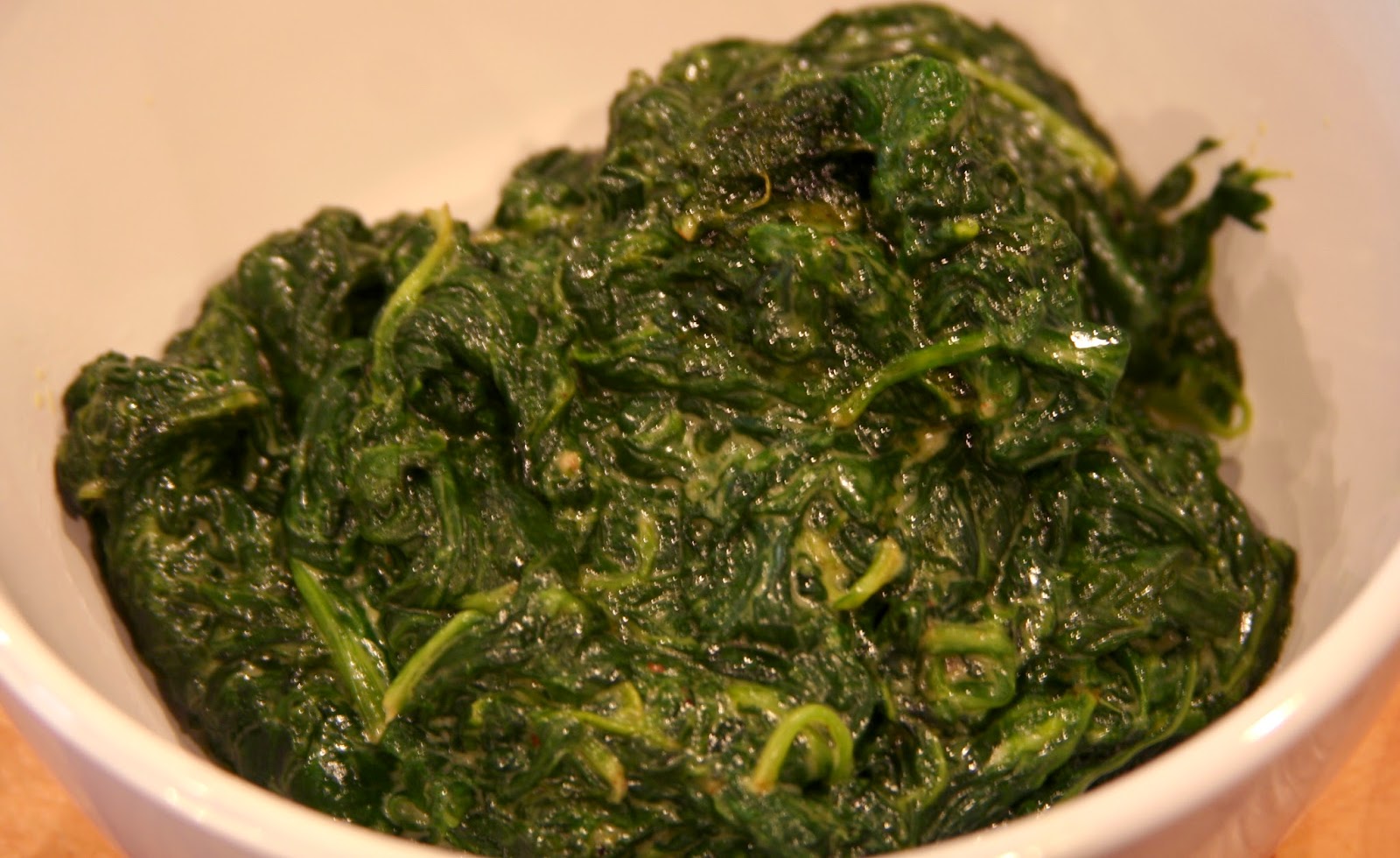 This is my favorite vegetable dish ever. EVER. I could eat creamed spinach every night for the rest of my life. But I've only ever had it at restaurants or from frozen packages. I've never made it from scratch because I somehow thought it would be a long complicated process. This recipe, however, was surprisingly simple.

You have to work off of two preparation recipes before getting to the actual creamed spinach recipe, but the preparation is basically just blanching the spinach, squeezing out water, and adding butter and seasonings. I did learn something new from Julia. Apparently spinach becomes bitter if you cook it in aluminum or iron. Didn't know that. That explains quite a bit about previous spinach dishes for me.

When 2 tablespoons of butter is bubbling in a saucepan over moderately high heat, stir in the spinach.  Continue stirring for 2 to 3 minutes until all the moisture from the spinach has boiled off - the spinach will begin to adhere to the bottom of the pan.  Season to taste.  Lower the heat to moderate.  Sprinkle on the flour and stir for 2 minutes more to cook the flour.

Remove from heat and stir in two thirds of the stock, bouillon, or cream by spoonfuls. Bring to the simmer, cover, and cook very slowly for about 15 minutes. Stir frequently to prevent the spinach from sticking to the bottom of the pan, and add more liquid if the spinach becomes too dry. Correct seasoning.

Remove spinach from heat, fold in the remaining butter, and turn into the serving dish.