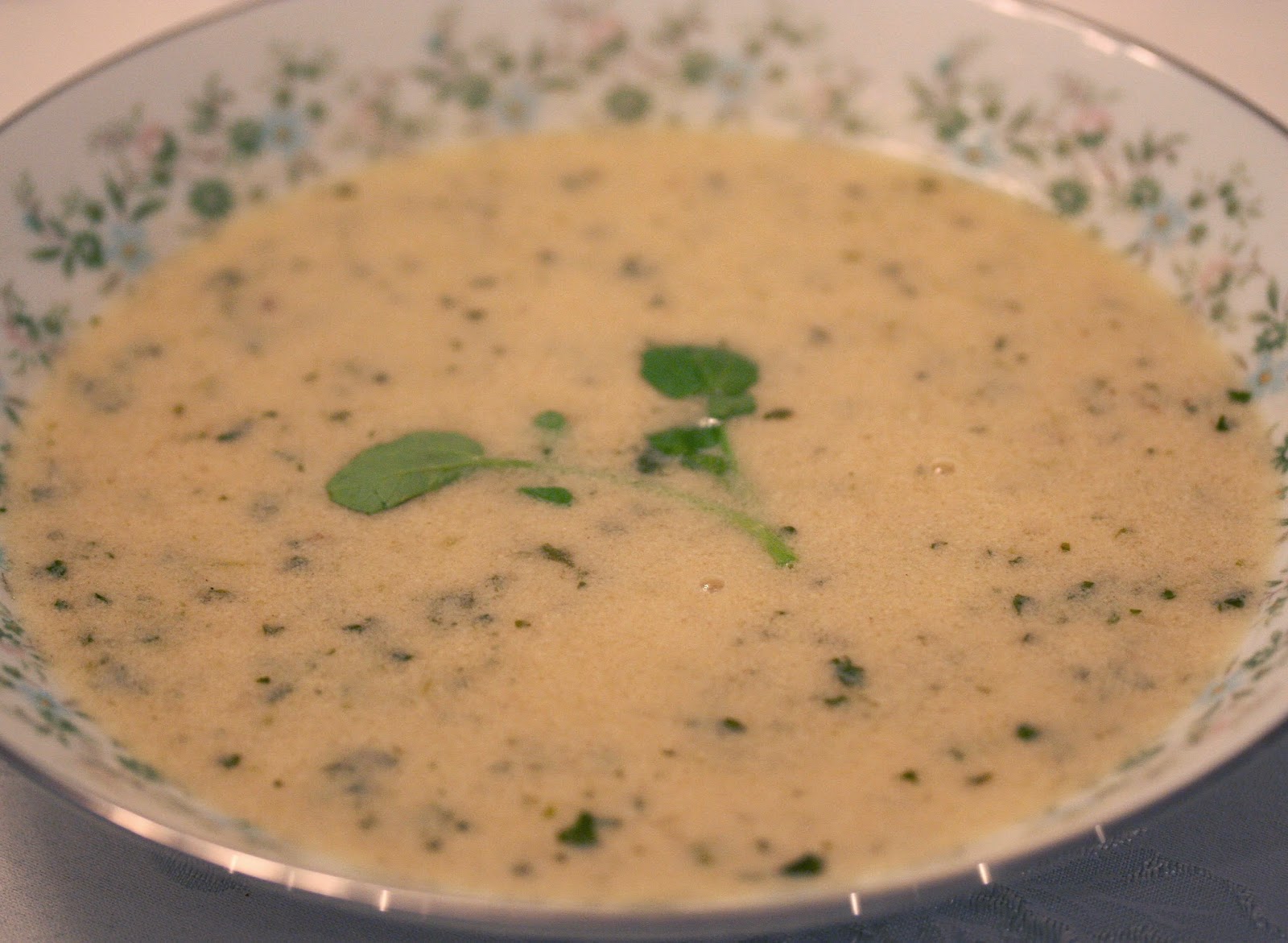 My mom was a little wary of this soup, as we have never had watercress. I know it's some fancy herb they add to salads at overpriced restaurants, but I've never actually eaten it. I managed to find some at the specialty market, but I couldn't make the soup until a week after I had bought the watercress. By that point, half the watercress was yellow or turning to slime, so I was afraid I'd have to trash the stuff and start over. Luckily I was able to rescue just enough tender green leaves to complete the soup.

Cook the onions slowly in the butter in a covered saucepan for 5 to 10 minutes, until tender and translucent but not browned.  Stir in the watercress and salt, cover, and cook slowly for about 5 minutes or until the leaves are tender and wilted. Sprinkle in the flour and stir over moderate heat for 3 minutes.  Off heat, beat in the boiling stock. Simmer for 5 minutes, then puree through a food mill.  Return to saucepan and correct seasoning.

Blend the yolks and cream in a mixing bowl. Beat a cupful of hot soup into them by driblets. Gradually beat in the rest of the soup in a thin stream. Return soup to saucepan and stir over moderate heat for a minute or two to poach the egg yolks, but do not bring the soup to a simmer. Off heat, stir in the enrichment butter a tablespoon at a time.