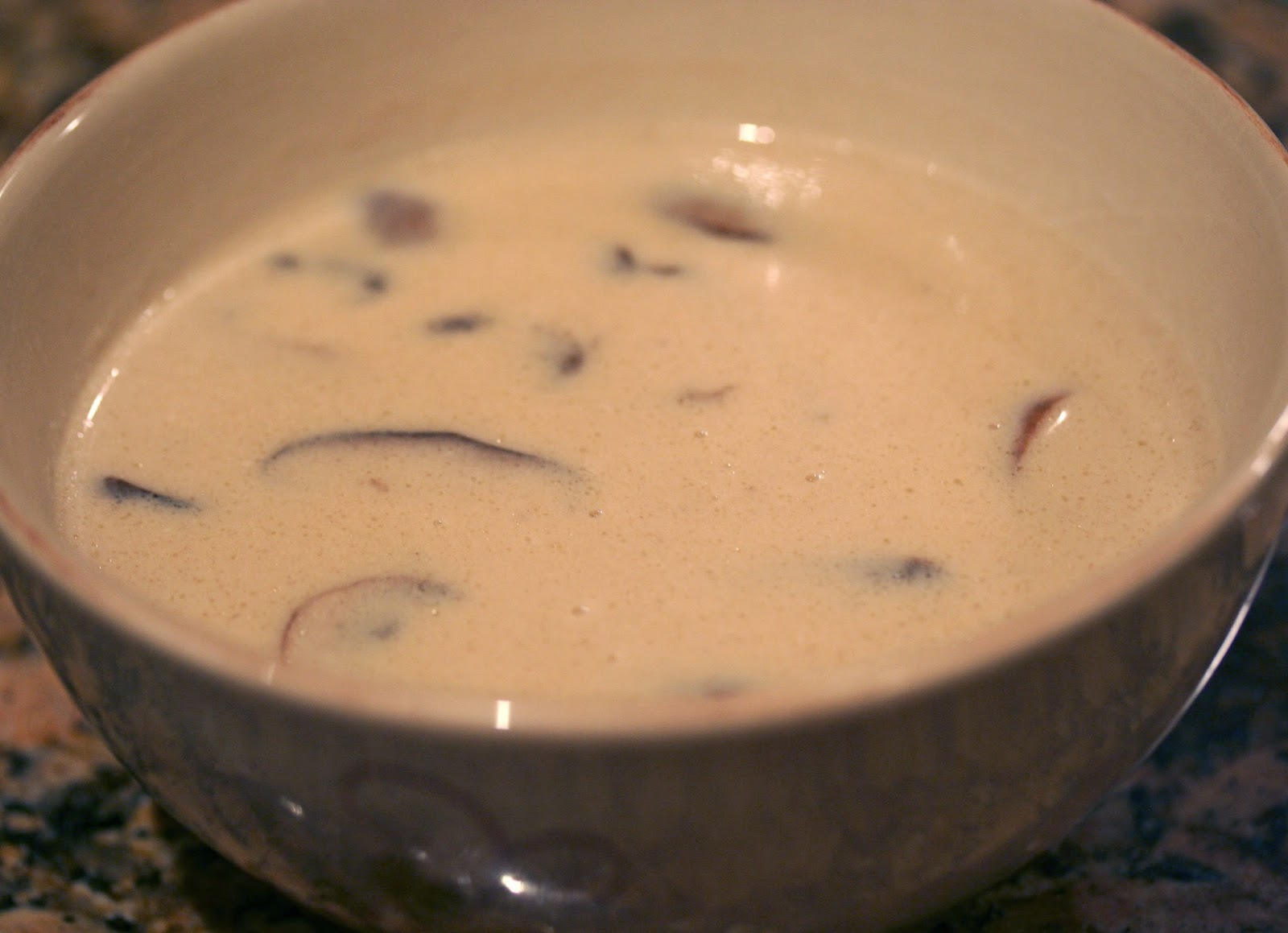 I have to admit, this is probably my favorite soup. I love mushrooms with a passion that is probably unhealthy. And nothing can be better than mushrooms in a creamy broth. Except maybe more mushrooms.  Since Julia didn't specify what type of mushrooms to use, I'm assuming that American housewives used regular white button mushrooms in the 60's.

The soup is earthy and incredibly rich. This one can definitely be a meal in itself, with a chunk of good bread on the side. I've noticed that most of Julia's soup recipes serve six to eight people, but I think it's really maybe four modern servings. Yes, we are gluttons now, but who can help it with soups like this?

Cook the onions slowly in the butter for 8 to 10 minutes, until they are tender but not browned.  Add the flour and stir over moderate heat for 3 minutes without browning.  Off heat, beat in the boiling stock or broth and blend it thoroughly with the flour.  Season to taste.  Stir in the mushroom stems, and simmer partially covered for 20 minutes or more, skimming occasionally.  Strain, pressing juices out of mushroom stems.  Return the soup to the pan.

Melt the 2 tablespoons butter in a separate saucepan.  When it is foaming, toss in the mushroom caps, salt, and lemon juice.  Cover and cook slowly for 5 minutes.  Pour the mushroom caps and their cooking juices into the strained soup base.  Simmer for 10 minutes.

Beat the egg yolks and cream in a mixing bowl. Then beat in hot soup by spoonfuls until a cup has been added. Gradually stir in the rest. Correct seasoning.  Return the soup to the pan and stir over moderate heat for a minute or two to poach the egg yolks, but do not let the soup come near the simmer. Off heat, stir in the butter by tablespoons.