Try This At Home: Lamb Ribs in a Chipotle-Malt Reduction 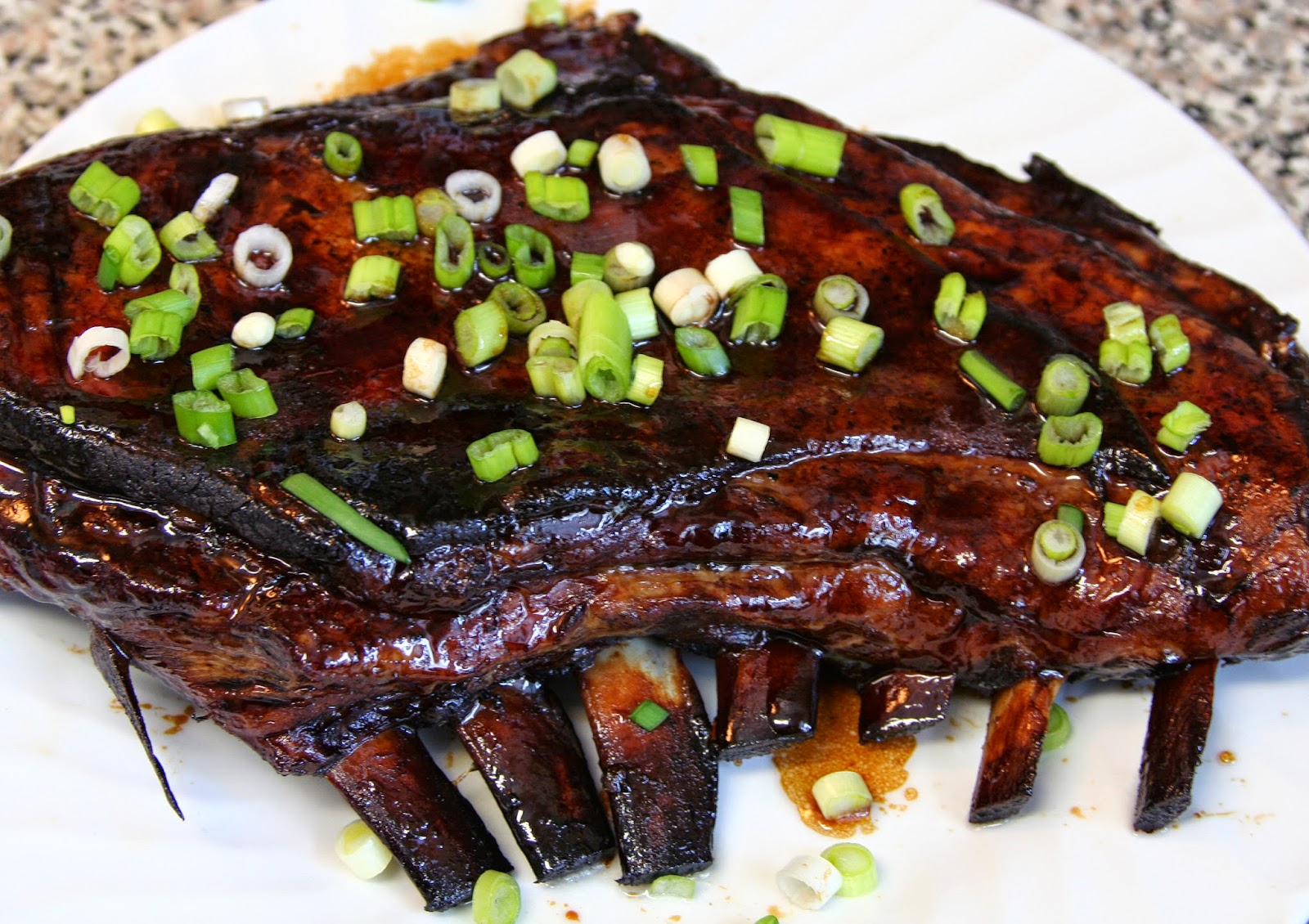 Making this recipe was fate.  I swear.  See, I saw the recipe in this cookbook a while back, and I thought, yum!  But I had never seen lamb ribs cut that way before.  Ever.  And I wasn't really looking forward to heading down to the Muslim butcher to try to explain that I wanted lamb ribs, but cut like pork ribs, when they don't eat pork.  Yeah, not fun.  So recipe is forgotten.  But it happened to pop into my head the other day, and I happened to ask about this particular cut at Central Market, and miraculously, they pull out a vacuum pack with two racks of lamb ribs.  The butcher guy was flabbergasted.  "I have never seen these before.  I have never sold these before."  We just kinda looked at each other.  And I knew, just knew, it was fate that I have these lamb ribs.  Someone somewhere is probably wondering why they got ground bison instead of the lamb they ordered from the distributor, but I don't care.  These were delicious.  The sauce is even better.  Sharing is not allowed.

Preheat oven to 325°F. Season the ribs on both sides with salt and pepper. In a large roasting pan, mix the chicken stock, malt beverage, honey, soy sauce, chipotles, and ginger together until well combined. Set the ribs curved side up in the pan and transfer to the oven. Roast for 1 hour.

Flip the ribs and continue roasting until the meat is very tender and a knife meets no resistance when inserted between the ribs, 2½ to 3 hours. Check the pan occasionally, and if it is dry, add water ½ cup at a time.

Remove the pan from the oven. The liquid should be thick and syrupy. If not, put the pan over medium heat and simmer until the liquid is very thick. Brush the ribs with the sauce to glaze and keep warm until ready to serve.

To serve, transfer the rib racks to a cutting board. Cut into individual ribs and place on a serving platter. Brush them again lightly with some of the sauce. Sprinkle the scallions and sesame seeds, if using, over the top. Strain any extra sauce, pour into a bowl, and serve alongside the ribs.