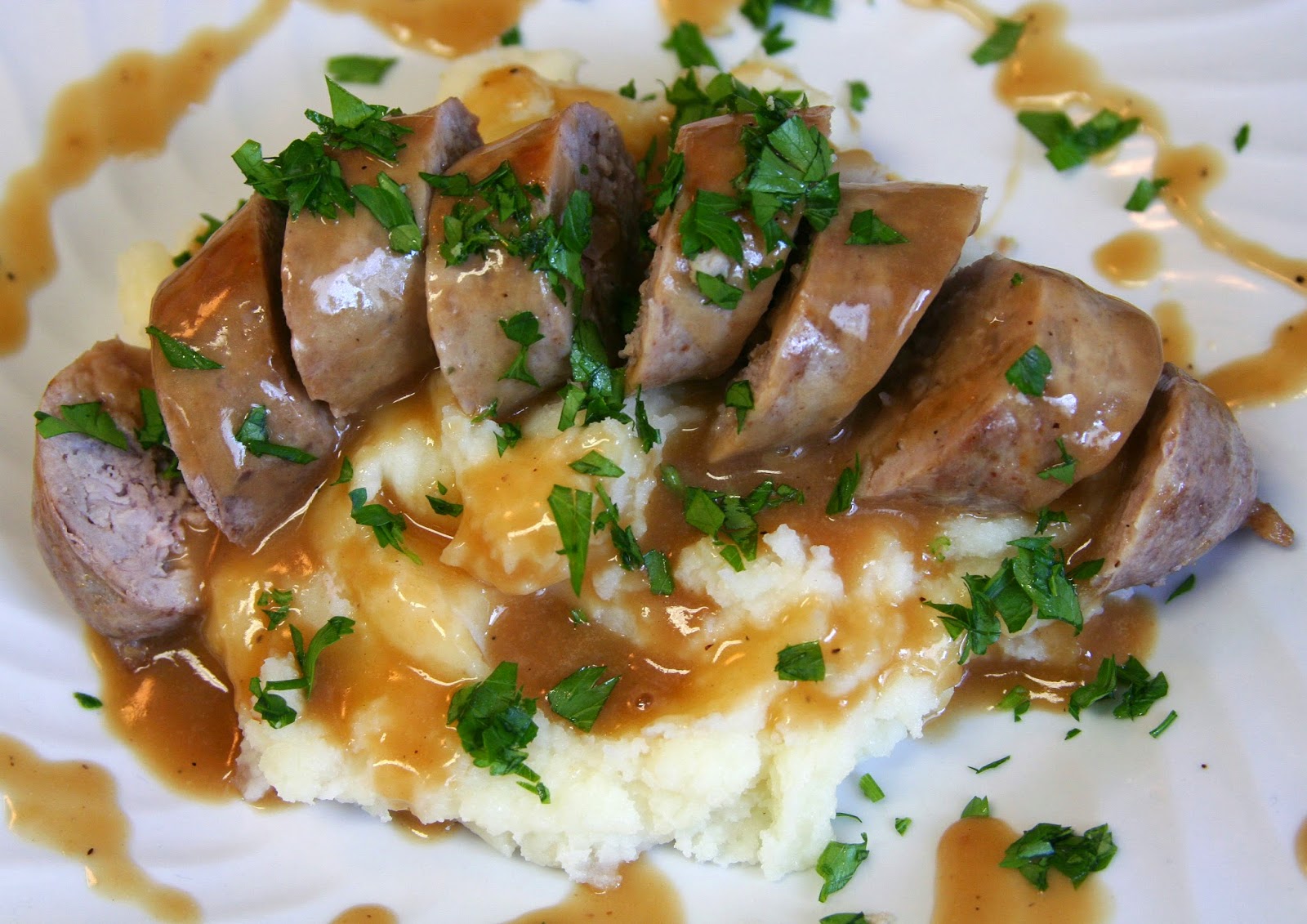 It's getting to be that time!  What time is that you ask?  Oktoberfest time!  Okay, maybe I'm a little early, but they had such nice bock bratwurst sitting in the case at Central Market.  I couldn't really say no.  And when they're nestled in a bed of mashed potatoes with a beer gravy...  I think it pretty much speaks for itself.

Adapted from Spoonfuls of Germany by Nadia Hassani

Put the bratwurst in a large skillet and barely cover with water.  Gently simmer for 10 minutes to prevent them from bursting while cooking.  Remove them from the water and drain.

Heat the oil in the same skillet and sauté the bratwurst over medium heat until lightly browned on all sides.  Take them out of the skillet and keep warm.

Deglaze the pan with the beer.  Add the gingersnaps and simmer over low heat until the gingersnaps are completely dissolved, stirring the sauce occasionally.  If the sauce is lumpy, use a blender to smooth it out, and then return it to the pan.  If you like the sauce a little thinner, add more beer.  Season with salt, pepper, and sugar.  Pour the sauce over the bratwurst and serve over mashed potatoes.