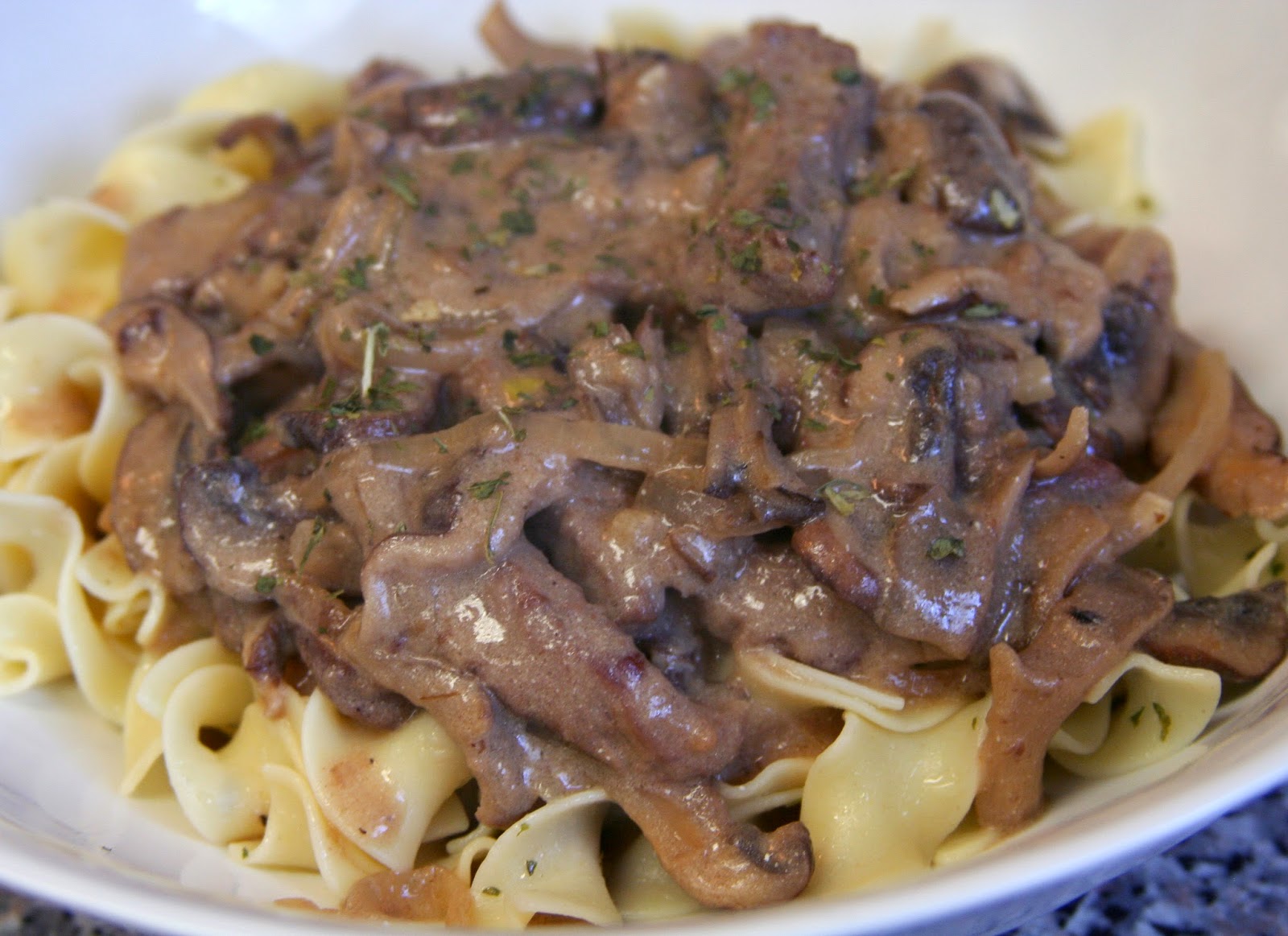 I've been wanting to make beef stroganoff for a while now.  I don't know how I get these ideas in my head; they just seem to pop up one day and won't leave until I do something about them.  No, I'm not crazy.  Yet.  Although I'm sure the clerk at Central Market thinks I am after ringing up five different bags of mushrooms.  Hey, what can I say, I like mushrooms.  This particular mixture was cremini, shiitake, hen of the woods, and oyster.

In a large skillet, heat 2 tablespoons of the butter until melted.  Add the mushrooms and cook over moderately high heat until softened, about 3 minutes.  Season the mushrooms with salt and pepper and cook for 1 minute longer.  Transfer the mushrooms to a bowl.

In the same skillet, melt the remaining tablespoon of butter until melted and bubbling.  Add the onion and cook until softened, about 3 minutes.  Season with salt and pepper.  Add the garlic and cook for 1 minute.  Return the contents of the steak bowl to the skillet.  Stir in the broth, Dijon mustard, and thyme, and simmer over moderate heat until the pan juices thicken slightly, about 10 minutes.  Remove from the heat and stir in the brandy and sour cream.  Season the stroganoff with salt and pepper and serve over buttered egg noodles.