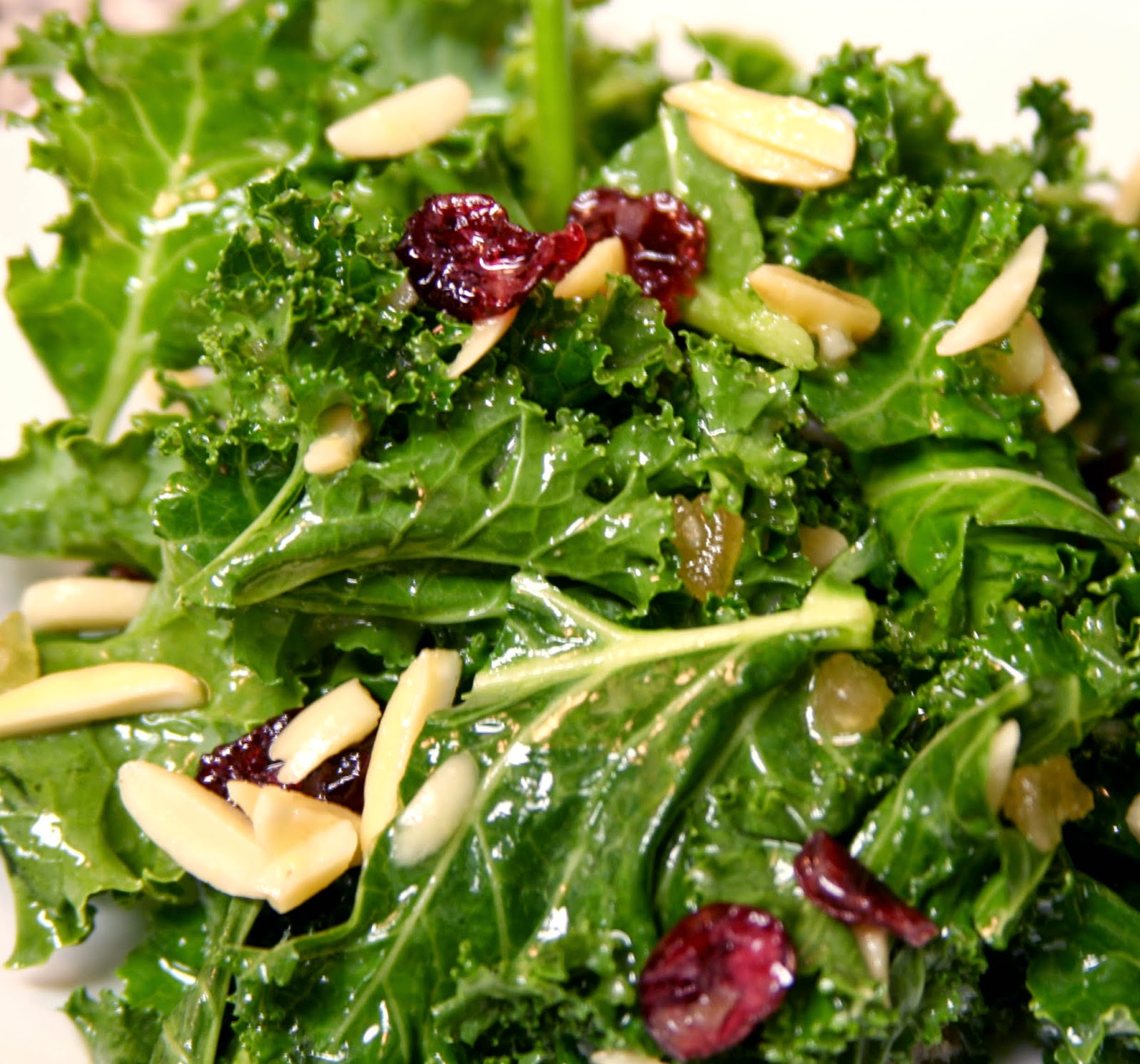 Okay, I have a new addiction.  And it's to kale.  I know, I know, you were thinking I was going to say dark chocolate or Gruyere cheese or ribeye steak.  Don't worry, I'll probably develop an addiction to them in due course.  But right now it's kale.  I think kale is still making big headlines at the market because it has been unbelievably god-awful cold for so long this year.  Last night it got down to 35°F, and it's APRIL.

But I digress.  Kale.  In a salad.  With crunchy almonds and sweet-tart Craisins.  And an orange vinaigrette.  This stuff is amazing.  I think you could probably even get kale non-believers to jump on the bandwagon.  And unlike loads of chocolate and cheese and steak, you can eat a big bowl of this and not feel the least bit guilty.  And kale doesn't wilt!  Double bonus!

Whisk together the first six ingredients.  Toss with the remaining ingredients in a large bowl.  Eat.

Makes 1 to 4 servings, depending on level of willpower

I saw Your blog and I thought it had great recipes and awesome pictures! I therefore would like to invite You to our new culinary website which has just started.

This is how it works in short. TastyQuery.com is a website for food bloggers and their fans allowing them to automatically collect recipes from Your food blog. It's a large database of links to recipes on food blogs. Everyone can join us for free.

In case of any questions, don't hesitate to contact us.