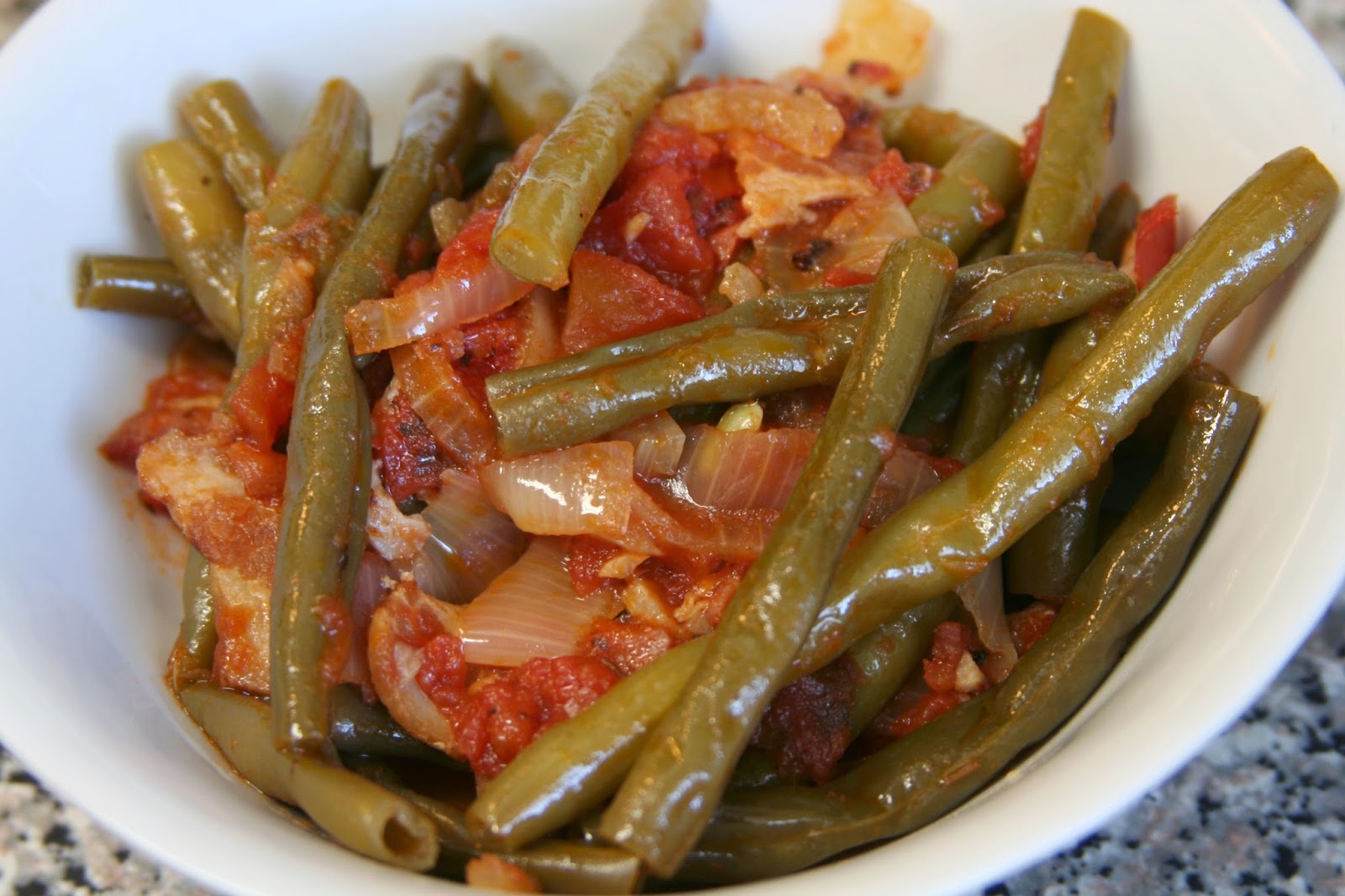 So when our nasty winter ice storm hit about a week ago, I finally managed to get out of my apartment on about the fourth day and made my way to the local Walmart.  The place looked like it had been turned upside down by a swarm of locusts.  Luckily I have no desire for most of the crap on the aisles.  I was checking out the produce.  Not much to pick from there either, but some beautiful crisp green beans.  I mean, why buy fresh when there's a can a couple of aisles away, right?

After fighting off the only other person in the store who wanted some, I raced home with my treasure.  And then realized I had no idea what I was going to do with the darn things.  I've actually spent this long trying to figure it out.  But this recipe is a delicious way to take some fresh beans and turn them into genuine Southern braised beans.  Soft, salty, sweet.  It hits all the right buttons.

Green Beans with Tomatoes and Bacon
Adapted from Simply Recipes, originally from The Pioneer Woman

Place the bacon pieces on the bottom of a large, thick-bottomed pot. Heat on medium heat for several minutes until the bacon fat begins to render.  Add the chopped onions to the bacon. Cook a few minutes until the onions are translucent. Add the garlic (if using) and cook a minute more. Drain off any excess fat.  Add the green beans to the pot. Add the canned tomatoes and their juice. Add a sprig of thyme to the pot. Sprinkle with salt, pepper, and cayenne.

Cover the pot and lower the heat to low. Simmer for an hour, or until the beans are cooked through and tender, stirring occasionally.