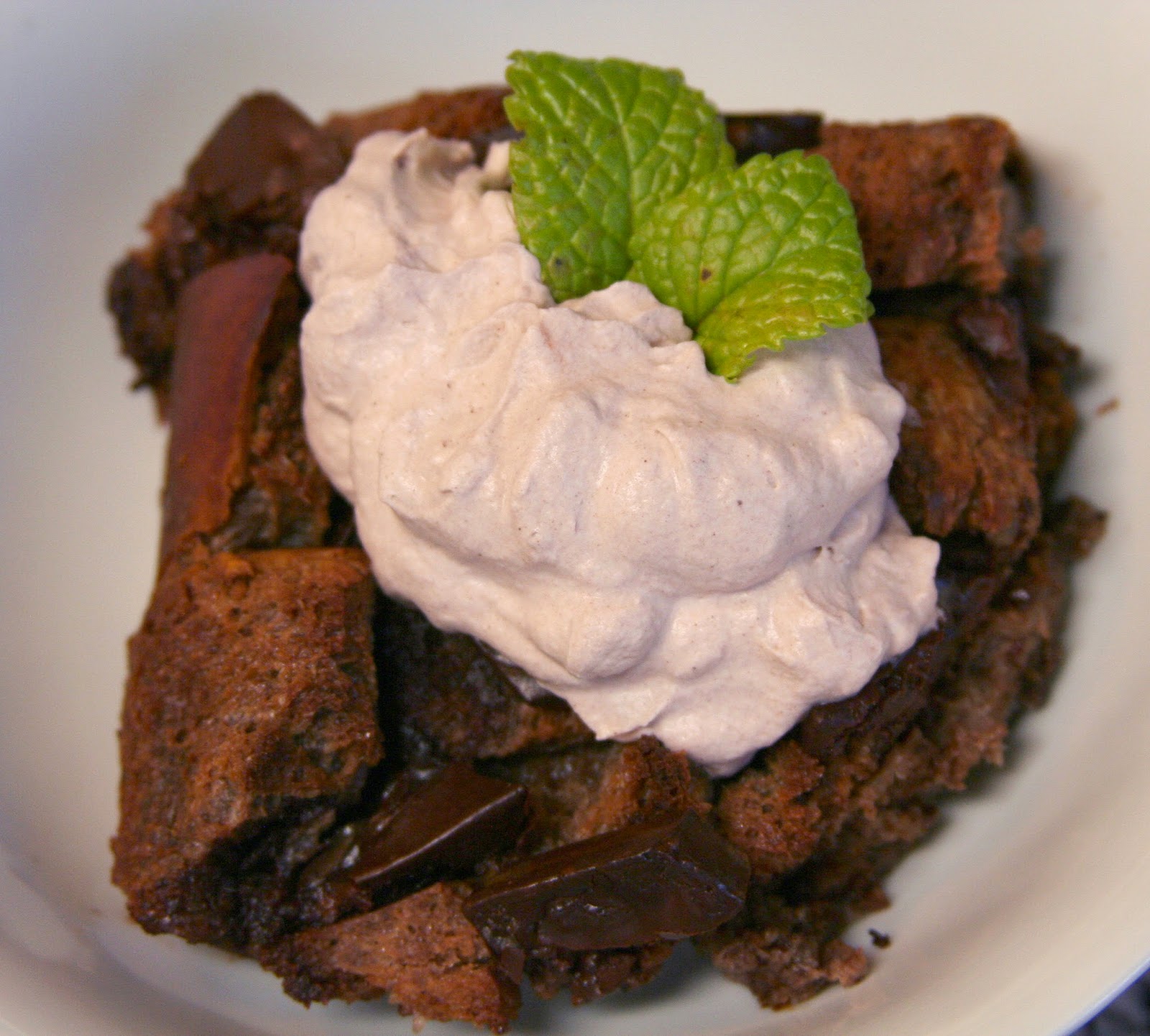 My sister's boyfriend, who is from Louisiana, decided to invite a bunch of us ignorant Texans over for a authentic crawfish boil.  I had never been to one.  I definitely needed edu-ma-cating.  He had ordered several bags full of live crawfish, and he was all set up in the backyard with his pot, stirring paddle, and cutoff shorts.  No, I'm not sure what the shorts have to do with it. 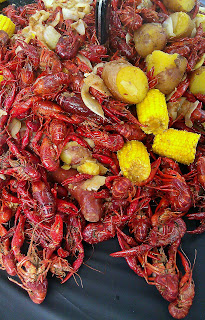 He mixed a bunch of crawfish boil spices and lemon juice into boiling water, and then he tossed in some red potatoes, corn on the cob, and venison sausages.  When it was done, he dumped all of the crawfish out on a garbage bag-lined table in the backyard.  We all gathered around and greedily pulled our crawfish apart.  For the grand finale, I baked up a delicious bread pudding chock-full of chocolate.  Because, I mean, how else could I top those shorts?  Except with chocolate whipped cream.

Butter a 9x13-inch metal pan with 1 tablespoon of the butter and place the cubed bread in the pan. Spread the chocolate on top of the bread and slowly pour in the custard. Press down on the mixture with a spatula or the back of a spoon to thoroughly saturate. Cover and set aside at room temperature for 2 hours, or refrigerate for up to 8 hours.

Bake until the internal temperature reaches at least 170°F, about 45 minutes. Set the oven to the high broil setting with the oven door ajar.  Remove the bread pudding from the oven. Pour the remaining melted butter into a spray bottle and spritz the top of the bread pudding. Return to the middle rack and broil for 4 to 5 minutes. Remove to a cooling rack for 15 minutes before serving.