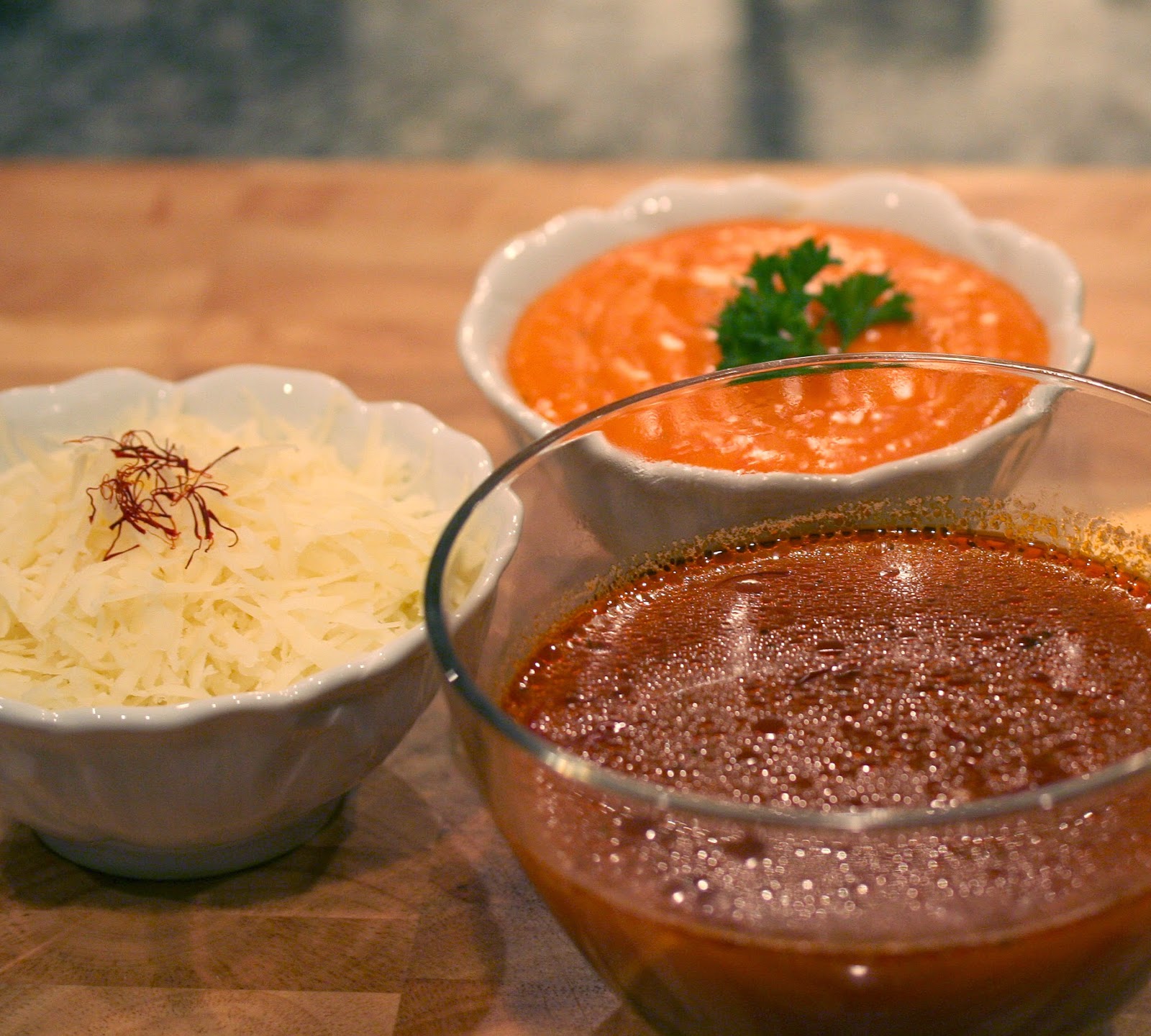 Tonight I made something a little bit different: a fish soup. This one has been in the planning stages for a couple of weeks now, since I've been trying to locate such fabulous ingredients as 3 pounds of fish heads. I finally realized, after the tenth weird look from someone behind a fish counter, that I was not going to find fish heads at any self-respecting American grocery store.

Anyway, the soup was very...interesting. I'm still undecided. The rouille made it more interesting (and spicy!), but my overall impression is less of fish and more of garlic. And I kept feeling like the soup should have something in it, besides bread and cheese. Maybe a fish head?

In a large pot, cook the onions and leeks slowly in olive oil for 5 minutes or until almost tender but not browned.  Stir in the garlic and tomatoes.  Raise heat to moderate and cook 5 minutes more.

Add the water, herbs, seasonings, and fish to the pot and cook uncovered at a moderate boil for 30 to 40 minutes.  Strain the soup into a 3-quart saucepan, pressing juices out of ingredients.  Correct seasoning, adding a bit more saffron if you feel it necessary.  Stir in the pasta and boil for 10 to 12 minutes or until tender.  Correct seasoning again.

Pour the soup into a tureen or soup plates over the bread rounds, and pass the cheese and rouille separately.

Pound first five ingredients in a bowl or mortar for several minutes to form a very smooth, sticky paste.  Drop by drop, pound or beat in the olive oil as for making a mayonnaise.  Season to taste.  Just before serving, beat in the hot soup by driblets.  Pour into a sauceboat.