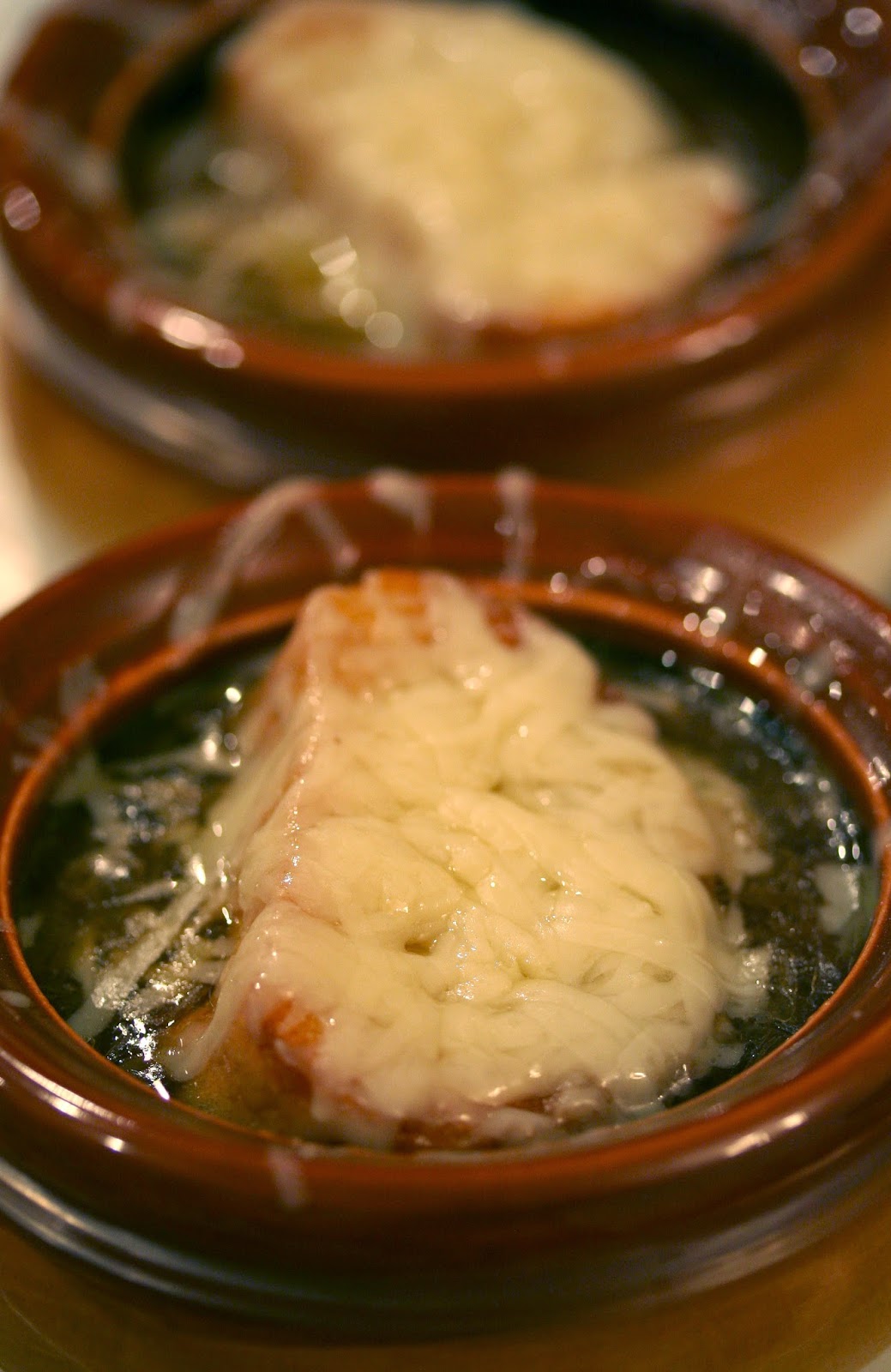 I was really excited to try this recipe. Who wouldn't be? French onion soup is everywhere, most of it bad, so I wanted to try the authentic article.  I did veer away from Julia's recipe in just one respect. When making the bread and cheese crouton toppers for the individual soups, I used Gruyére cheese instead of Swiss or Parmesan. I seem to remember reading somewhere that it's really good on onion soup, and plus, doesn't it still count as a Swiss cheese?

The result of my efforts was an incredibly rich and hearty soup, perfect for a winter's day. The onion were sweet, and the beef broth (yes, I used canned!) had picked up all the flavors, including the liquors. I was very impressed, and I think I'm ruined for this soup anywhere else.

Cook the onions slowly with the butter and oil in a covered 4-quart saucepan for 15 minutes.  Uncover, raise heat to moderate, and stir in the salt and sugar.  Cook for 30 to 40 minutes stirring frequently, until the onions have turned an even, deep, golden brown.  Sprinkle in the flour and stir for 3 minutes.

Off heat, blend in the boiling liquid.  Add the wine, and season to taste.  Simmer partially covered for 30 to 40 minutes or more, skimming occasionally.  Correct seasoning.

Just before serving, stir in the cognac.  Preheat oven to 325°F.

Bring the soup to the boil and pour into soup pots.  Float the rounds of toast on top of the soup, and spread the grated cheese over it.  Sprinkle with the oil or butter.  Bake for 20 minutes in the oven, then set for a minute or two under a preheated broiler to brown the top slightly.  Serve immediately.