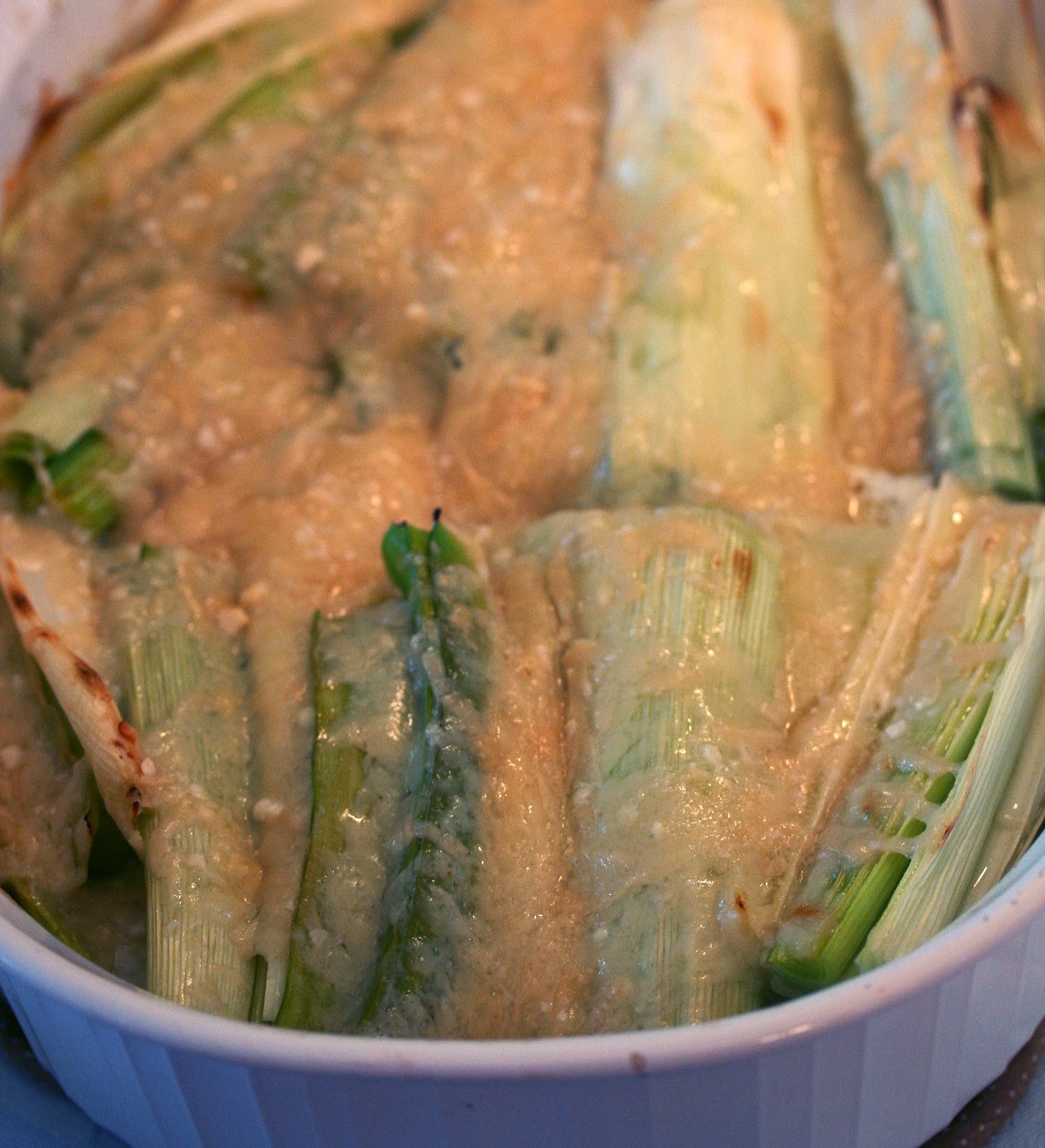 When you're cooking for Thanksgiving, nothing really beats something smothered in cheese.  So I knew as soon as I saw this particular recipe that I needed to somehow work it into our dinner plans.  I think the only way this could have been improved was with a little bath of cream before the cheese took over.  Oh, and unless I just had really difficult, tough leeks, they needed quite a bit longer than 30 minutes to braise.  Consider yourself warned.

Hold each leek under cold running water and rinse between the leaves to remove all the dirt; drain well.

Lay the leeks, cut side up, in the prepared dish.  Pour the stock and vermouth over them.  Season with kosher salt and white pepper.  Cover the dish with aluminum foil and bake until the leeks are tender, about 30 minutes.  Remove from the oven.

Preheat the broiler.  Uncover the dish and sprinkle the Gruyére and then the Parmesan evenly over the leeks.  Dot with the butter.  Place the dish under the broiler 3 to 4 inches from the heat source and broil until the top is golden brown, about 2 minutes.  Serve warm.